Renowned Swedish iGaming software developer Play’n GO launched its latest video slot titled Miner Donkey Trouble. And this highly-volatile 5-reel 7-row title flaunts a cascading win mechanism. The game’s protagonist is an old miner and his donkey, Trouble, and the latter truly earns its name when he’s separated from his owner by a cave-in.

The miner wastes minimal time after the fiasco, digging through the rubble to find his trusted partner and during the process unearths valuable gems and gold nuggets. Players will automatically fall in love with this mining-themed adventure with its high-quality graphics and action-packed gameplay.

There are multiple features in the base game, including Donkey Destruction, which flaunts three variations and the extra spins feature that serves as an added bonus. These work well with the Golden Nuggets, which have no value on their own.

But when appearing in tandem or reaching the grid’s bottom row, the icons are removed, and the multiplier increases by +1. The value adds to a winning cluster. Additional elements include the Dynamite scatter, Diamond Wilds, Pickaxe Wild, and the Random Mega Symbol feature.

While commenting on the occasion, Play’n GO’s Chief Product Officer Martin Zettergren said, “Our portfolio includes a wide array of entertainment options that appeal to a vast majority of players. Our diverse content helps us find the right foothold in most markets around the world. And by catering to a wider pool of clients, we allow our partners to broaden their audience base and gain additional value”.

Miner Donkey Trouble is Play’n GO’s second major release in January and is in line with the studio’s pledge of launching 52 titles in 2021. Their first major title Coils of Clash, which launched a few weeks back, is completely different in terms of design, theme, and appearance, and the titles are available across multiple platforms.

The in-game wild symbol is a huge W, and while it doesn’t hold any value of its own, it can help form winning combinations along with the standard symbols. Every win is followed by an Avalanche or a Cascading feature that removes the winning clusters from the grid. The disappearing symbols are replaced by new icons, which increases the chances of amplifying the payout.

The Prospector’s Pickaxe is another symbol that doesn’t have a value of its own but appears as a part of a cascade. The miner collects the symbol and waits patiently for the end of the cascading sequence to end before adding between 4 and 10 pickaxe wilds to the grid.

The Dynamite scatter is the next cascading symbol and removes the surrounding symbols after each explosion. The round begins with 5 free spins that can be retriggered up to 20 times. This means the players can earn up to 100 free spins while the progressive multipliers are reset between the bonus round spins. 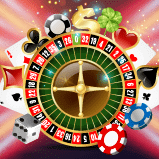 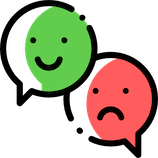